The Convenience of Lies: A Visit with Kimberly Castillo 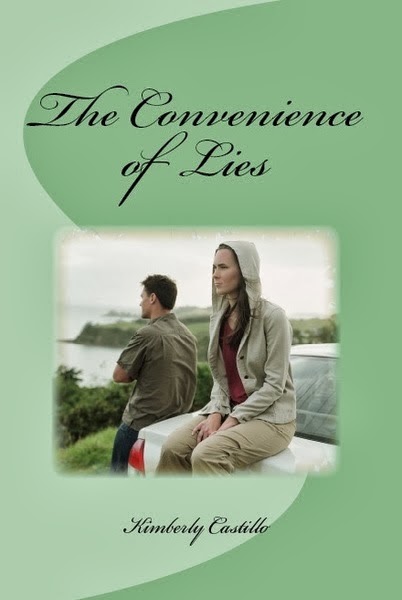 “It doesn't matter if it's right or wrong. All that matters is if you can. If you can do something, what difference does it make?"

Based on a true story, The Convenience of Lies is a novel that keeps readers up past midnight with its story of friendship, mystery, crime, sex, and betrayal. Set in a suburban town, this story is told through the eyes of a high school junior, Mackenzie, who describes her crush on a "bad boy," Ramon and her relationship with her best friend, Kira. During the course of the story, Mackenzie does her best to attract the affections of Ramon while her friendship with Kira evolves. Eventually, the different characters' property starts getting vandalized and a mystery develops as Mackenzie and Kira try to get to the bottom of who is behind the vandalism.

Setting Up A Book Signing as an Indie Author

When The Convenience of Lies was released, I wanted to have a book signing soon thereafter to create some buzz about my book. I would say that one reason why it’s nice to be traditionally published is because you will have a publicist helping you do things like schedule book signings at your local Barns and Noble and publicize your event. When you’re an indie author, you have to do all of this yourself.

I have to admit I felt a tad daunted by this task because I needed to find a professional venue in which I could hold this book signing. As many sources recommended, I started with asking my local private bookstores if they would be interested in hosting my book signing. I didn’t have terribly good luck with this route because many of these bookstores are hesitant to host self-published novels. And so next I approached some of the local privately owned businesses in my area... café’s and such. While I didn’t have any takers in this department, I still think this is a possibility indie writers could consider exploring.

Finally, it dawned on me that I could ask local libraries to host my book signing. In exploring this option, I realized that the libraries that should be targeted for a book signing event are private libraries. Public libraries have their hands tied a bit with rules prohibiting book sales within the venue. (But as an aside, making a relationship with your public library may not be a bad idea. You can schedule speaking events to promote your book). I was surprised with how many private libraries were in my area, and especially excited when the first one I contacted was eager to host my book signing.

In order to get my book signing approved at the library, the librarian had to read my novel to make sure it was “acceptable.” In that there was no “white supremacy” material in it or something of that nature. I was more than enthusiastic to provide her with a free copy of the book to read.

Once we settled on a date, the librarian and I went to work promoting my event. She submitted a press release to the local newspaper and also created fliers that she hung all around the library. She gave me some of the fliers that I distributed as well. I also contacted all of the English teachers in the local schools and asked them to tell their students about my event. Again, I was met with wild enthusiasm. Some of the teachers asked to read a copy of the book before promoting my event in their classrooms… which I gladly provided for free. Other teachers actually offered extra credit to their students if they would attend my event.

The results exceeded my wildest expectations. Over 100 people showed up for my book signing. People were actually standing at the back of the library’s conference room because they ran out of space to sit.  I gave a talk about my book, my writing process, and read a review of my book as well as an excerpt. Afterwards I nearly sold out of copies of the novel… I only had one left!

One suggestion I would make is that if you do have a book signing event, make sure it’s documented! Have the event filmed and photographed. After the event was over, I posted these materials to my facebook, blog, twitter, and my book’s website. You can check out the video for my event here: https://www.youtube.com/watch?v=JpGiHqkRFc0 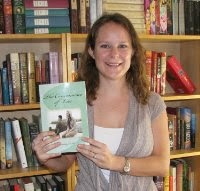 Kimberly Castillo wrote the first version of The Convenience of Lies when she was a teenager. After studying the process of storytelling at California State University Northridge, where she earned her Bachelor's degree in film production, she revisited this project to complete the story. The Convenience of Lies is her debut novel.

Kimberly is currently studying to be a doctor of optometry at Western University of Health Sciences and lives in Southern California with her husband and three cats.
Posted by Unknown at 1:30 AM

Email ThisBlogThis!Share to TwitterShare to FacebookShare to Pinterest
Labels: abuse, guest post, Kimberly Castillo, self published, The Convenience of Lies