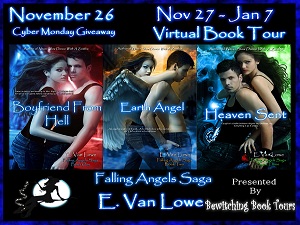 Why I Love Research by E. Van Lowe

When I was young teenager in junior high school I hated doing research for school projects.  Back then, research seemed to be a boring waste of time.  Like so many lazy teens, I got as much mileage out of as little research as possible.  Fortunately for myself and my readers, I‘ve left the laziness behind.  Today, research is not only fun, it is crucial in shaping my ideas.
When I set out to write Boyfriend From Hell, the idea was fairly simple: protagonist versus the devil.  It was only when I began doing my research on angels that I discovered The Book of Enoch and the existence of fallen angels, also known as Nephilim.  In shaping my Nephilim character, Harrison, I chose not to go the route of Casandra Clare’s Shadowhunters (which I hadn’t yet read at the time) and stuck with the more romantic notion I discovered in the lost books of the bible: the idea that an angel could be willing to give up heaven for the love of a mortal woman.
This powerful, romantic notion emerges in Boyfriend from Hell and gets more developed in Earth Angel and Heaven Sent.  Even the title The Falling Angels Saga (explained in Heaven Sent) is based on this notion.  Use of my research can also be witnessed with the crucial characters of Ibwa and Orthon, demons whose existence I discovered surfing the net.

When I find a juicy piece of research, my mind starts reshaping my story around it.  The Falling Angels Saga would probably have been one short, boring book if not for my willingness to do research.  This is why I love research so much.  It makes me seem smarter than I really am. In a few days I will begin the research for the final book in the saga.  I have no idea of where it will take me, but I know it will help create something interesting and exciting for my readers.

*The Mortal Instruments and The Infernal Devices are series by author, Cassandra Clare featuring demon fighting Nephilim known as Shadowhunters. 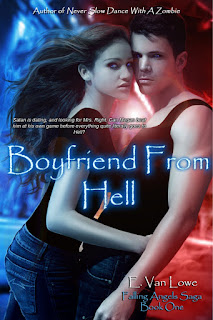 Aww, Hell No!
Fifteen year-old Megan Barnett and her single mom, Suze, have a special relationship—they are friends, close friends, who do almost everything together.
“But come on, guys, she’s my mother… Can I really tell her that while we’re snuggled up on the sofa watching Spider Man Three, I’m secretly undressing James Franco with my eyes?  Of course not…”
The special bond takes a turn for the worse when Suze decides to start dating again.  She hasn’t had a man in her life since Megan’s father left ten years ago.
Enter two mysterious young men, Megan’s new classmate, sinfully attractive bad boy, Guy Matson, and the dangerously handsome art dealer, Armando.  Before long Megan and Suze both wind up in steamy relationships.  But neither of the handsome guys is quite what he seems.  In fact, one of them is Satan, with his sights set on a new bride.  Megan has precious little time to figure out how to stop him.  If she doesn’t, either Megan or Suze are quite literally going to HELL. 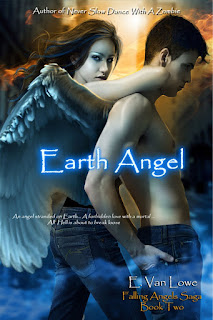 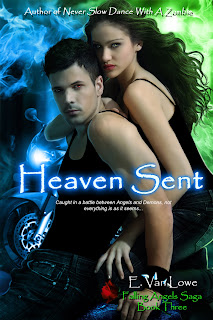 This series is very much full on teen angst meets a massive fight between good and evil. Complete with a voice that sucks you in from the first page, these books will have you reading until late in the night before you realize you have done it. If you liked Twilight, Mortal Instruments or the Halo series, you will love these books. Paranormal twists, betrayals and some very devilish fun await your reading pleasure.

The relationship between Megan and her mom will make you laugh and roll your eyes. Any kid hates when their mom starts dating again (raise hands) and she is no different. The most fun is when you are trying to figure out exactly who is going to get the boyfriend from Hell. Lol. Great drama and lots of reading fun. 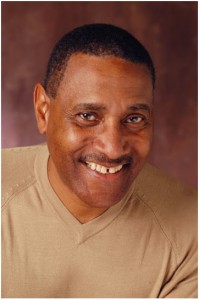 Want to win some books? Enter the contest below!

New And Awesome: Ashes of Twilight 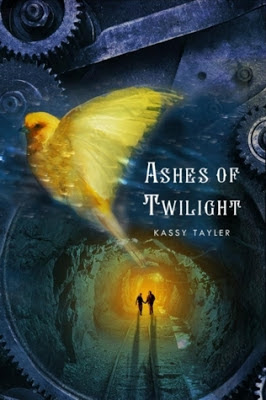 Wren MacAvoy works as a coal miner for a domed city that was constructed in the mid-nineteenth century to protect the royal blood line of England when astronomers spotted a comet on a collision course with Earth. Humanity would be saved by the most groundbreaking technology of the time. But after nearly 200 years of life beneath the dome, society has become complacent and the coal is running out.  Plus there are those who wonder, is there life outside the dome or is the world still consumed by fire? When one of Wren's friends escapes the confines of the dome, he is burned alive and put on display as a warning to those seeking to disrupt the dome’s way of life. But Alex’s final words are haunting. “The sky is blue.”  What happens next is a whirlwind of adventure, romance, conspiracy and the struggle to stay alive in a world where nothing is as it seems. Wren unwittingly becomes a catalyst for a revolution that destroys the dome and the only way to survive might be to embrace what the entire society has feared their entire existence.

Well guys, this one looks pretty good. It is on my nightstand awaiting my attention and I wanted to share. I would love to hear from you if you have read this one. Looks awesome!