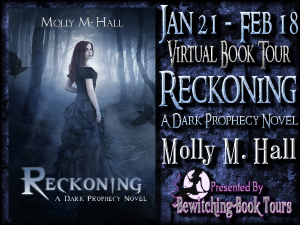 "They say the truth can set you free. I found out it can kill you."

Seventeen-year-old Kat Matheson has never revealed the dark secret that sets her apart from everyone else: She can see and hear the dead. Until now, she has been able to ignore the strange apparitions and whispering voices. But it may not be that simple anymore. Haunted by eerie visions and increasingly frightening nightmares, Kat begins to fear she may be the target of a dark and ominous force from beyond the grave. Complicating matters is the arrival of her new neighbor, a young man she instinctively distrusts but is inexplicably drawn to. Gorgeous and mysterious, he seems to hold a disturbing knowledge of her long-held secrets.

As she desperately tries to maintain control, events take an unexpected and violent turn. Discovering that nothing is what it seems and that her psychic abilities may involve far more than just communing with the dead, Kat may be forced to confront her worst fears and the powerful curse that controls her destiny.

A gentle breeze moves through the trees and gooseflesh creeps up my arms. I look around cautiously, my ears straining for even the slightest sound. Nothing. No dreaded flashes of a ghostly pink dress. No brain-numbing whispering. Just an empty expanse of green, dotted with trees, the stark silhouettes of houses rising behind.

My phone buzzes again, the vibration rippling through the nerve endings in my hand like a low-voltage jolt of electricity. I feel a sudden desire to fling it as far away from me as I can.

Reluctantly, I look down and click on the message.

Turning around, I see Rick, smiling back at me, waiting patiently. A scream of anguish and frustration begins to build deep inside of me and I hear a noise to my right, like the whooshing of wings. Jerking my head to the side, my eyes widen in shock, and I duck, narrowly missing a massive black bird as it sweeps past me, angling upward. I think I hear Rick say something, but his words are drowned out by the sound of my pulse pounding in my ears. I glance up, looking for the bird and see a large, dark shape sweeping past the top of the trees. I have no idea how any of it is connected – the girl, the texts, the bird – but instinctively I know they are. And it isn’t good.

I look at Rick again, the wonder and magic of this evening still singing through my veins, and my shock turns to anger. Hot, fiery, rebellious anger. This will not happen. Not tonight.

Clenching my jaw, I glare up at the sky. LEAVE ME ALONE, I scream in my head. Whatever issues this dead girl has, it has nothing to do with me.

Rick begins walking toward me. “Everything OK, Kat?”

I swallow, gathering my emotions back into a tight bundle. “Fine.” I force a smile onto my face, jogging back to him. “Just Rachel sending me another message.”

I step into the pool of light beneath the streetlamp, anxious to leave the darkness behind. Suddenly, the light flickers, an odd sizzling sound emanating from the globes. I stop and stare, watching as several sparks shoot out the sides. The bird, the largest crow I have ever seen, swoops down from the trees, one shining, jet black eye looking directly at me. Sound disappears and time seems to fold in on itself, slowing to half-speed. The same weightless feeling I’d experienced at school creeps over me, and I tense, fighting off the panic.

I stare at the bird, watching it descend lower and lower. It’s wings beat once, moving slowly down and back up again. Sparks continue to jet from the streetlamp, each brightly pointed flash of light spewing out in a torpid, glowing trail, before dropping slowly and silently to the ground. The bird is nearly on top of me. It sweeps past, close enough that I can feel the rush of air beneath its wings, gently lifting my hair. Then it arcs upward, higher and higher, before turning and diving back toward me again, it’s beak open in a silent cry.

I stand and stare, frozen in place, numb with shock and disbelief. My phone vibrates dully in my palm, and I slowly lower my head. As though acting strictly through muscle memory, my thumb pushes the message button.

I look back up at the bird. Then at the streetlamp. And suddenly, I understand. The obscure text messages melding into clear and precise meaning. But my legs won’t move.

I gasp, inhaling sharply as I struggle to break free of the torpor that has possessed me, and the world abruptly charges back into normal motion, sound and movement taking on a vivid clarity. The bird rushes toward me, it’s head cocked at an odd angle. The sparking and sizzling of the streetlamp grows louder, the globes glowing and flashing like some kind of deranged sparkler on the fourth of July. I take one slow step backward just as the globes explode with a loud bang, hundreds of tiny pieces of glass slicing through the air. I yelp and duck, lunging to the side.

An interview with the author:

1. What first got you into writing for a YA audience?

I really enjoy the YA genre, and I think the potential for stories in this genre are limitless. When I first had the idea for Reckoning, I knew it had to fall into the YA category in order for it to play out the way it needed to. Kat Matheson, the main character in the story, needed a certain amount of innocence and naiveté that I wouldn't have been able to give her if she were older. For me, part of the appeal of YA is that characters (usually) aren't so jaded and cynical. They're on a journey of discovery and that's what make it so exciting.

2. How do you keep your story on track? Are you a panster or a plotter?

I'm probably a little of both. I do have a general outline for each book and I always know how I want it to end. But ideas come to me as I write, and frequently, scenes will take on a life of their own, sometimes shifting the direction I thought the story would take. I think the most important thing is to keep the main concept of the story in mind and then drive it to its conclusion. The unexpected sidetracks along the way are what keep it exciting.

I'm going to have to say neither. I don't eat red meat and raw fish kind of grosses me out. But if it was cooked, I'd be all over it. I love Asian cuisine!

4. What was your favorite book as a teen and why?

I don't think I had a particular favorite. I've always been an avid reader and have always read a variety of genres. When I was a teenager, I read a lot of biographies, British history (I'm an extreme Anglophile), and British mysteries. Agatha Christie will always be the queen. I also loved those epic, British sagas by writers like Susan Howatch, Anya Seton and Thomas Tryon. I'd come home from the library with stacks of them and lose myself for hours within their pages.

5. What is your favorite ice cream flavor?

Get ready to gasp in shock...I don't really like ice cream. Crazy, isn't it??

6. What three things must you have on your pizza?

7. Flip open your book to any page and tell us what is happening.

Kat is walking by her neighbor's house and hears a crashing noise. Concerned, she makes her way inside and finds him prostrate and bleeding on the basement floor. It's obvious he's suffered some kind of physical attack. But from whom? There's no one else in the house and she didn't see anyone leave. Was it a supernatural attack or is something else going on?

8. What is your favorite series on television?

9. What was the hardest scene you ever wrote and why?

The hardest scene I ever wrote is the ending to the Dark Prophecy series. The ending?? How am I even there yet? It's three books away! Well, like I said before, I always know how it will end. And, yes, I've already written the final scenes. It was hard for a variety of reasons. Unfortunately, I can't tell you why or that will give it all away!

10. What is next on the writerly horizon? 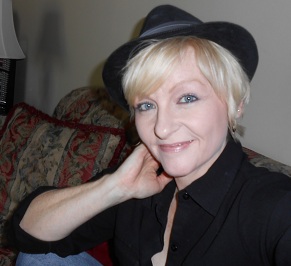 About the Author:
Molly M Hall is the author of Reckoning, the first novel in the Dark Prophecy series. She has spent most of her life in Colorado and currently lives just outside of Denver. She pursued a degree in English Literature at Columbia College, and worked in the corporate world for several years before turning to writing full time.

When not reading or writing, she can be found shopping for awesome boots, listening to music, exercising, working on her very inadequate French, playing piano, or looking for inspiring landscapes to photograph. More at: mollymhall.com