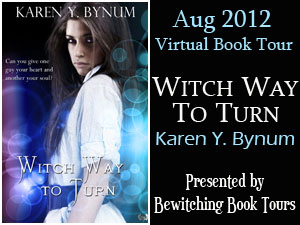 Can you give one guy your heart and another your soul?

The last thing eighteen-year-old Breena Cross needs in her life is more complications. It’s all she can do to balance studying, working, trying to keep her foster-sister safe and drooling over the new guy at work. But things go from complicated to crazy when a fit of rage ignites the dark magic inside her and she finds herself fending off the supernatural underworld.

Myles, Breena’s drool-worthy coworker and vampire convict, is carrying a load of secrets--one of which is that he’s fang-over-lip in love with Breena and in danger of violating the terms of his sentence.

Orin is a soul-hungry assassin sent to kill Breena. However, he takes one look into her eyes and sees his own lost humanity. For once thinking of someone other than himself, he chooses not to end her life, even though it means risking his own.

Despite a convict and an assassin fighting over her, all Breena wants is custody of her sister. But to do this, she will need help from both Myles and Orin. And if Breena doesn’t learn to control the darkness within, she could lose her sister…forever.

“You Breena Cross?” The white guy closed the distance between them.

“The witch has attitude.” The black guy moved closer.

“Hey, who you calling a witch, ass?” She gripped her car key tight against her palm, ready to go for the eyes first.
It happened so fast, she didn’t even have a chance to use her makeshift weapon. The white guy pinned her against the car door and her keys fell to the ground.

“We got her,” the white guy said. His breath smelled like rotten hamburger.

She tried to push him off her, but he forced her even harder into the door handle.
“He’s gonna be real happy with us, Jay,” the white guy practically sang.

Breena wondered who “he” was, but only for a second, because the guy’s lips pulled back and she saw his teeth. They were flat but, somehow, they looked sharp.

Sharp? What the hell?

His gaze was a roaring fire of hunger. Predatory. It looked like he wanted to rip her throat out.

He made a low growl and pressed his lips to her neck. A sound like crazed bees buzzed in her ears, nearly deafening her. She didn’t know what to do. Her palms began to sweat and, for a moment, she thought the blue light would be her saving grace, but her hands only shook.

“Back away from her.” The man sounded calm enough, but his voice had an edge to it that meant business.

“You lookin’ to lose a fight?” Jay swiveled around.

He appeared out of nowhere, grabbed Breena’s attacker by the back of his shirt and threw him a good two or three parking spaces down the lot. The black guy froze in place.

Her savior’s ears sprang up through his hair into two sharp points.

The two guys got one good look at the pointed ears and hauled tail.

Breena didn’t blame them for running. She would’ve joined them if curiosity hadn’t got the better of her. Besides, it was hard to be too scared of someone who’d just saved your life and looked sexy as all get out. So what if he had weird-looking ears?
“What are you?” She fidgeted with the strap on her backpack, swallowing her nerves.

“I’m not sure. I’ve had very little experience with halflings.”

“You didn’t answer my question.” Halflings?

Annoyance chasing away the last remnants of fear, Breena let out a little huff. Was he trying to push her buttons?

He moved closer, his steps as graceful as flowing water. His eyes caught her attention immediately--a ghostly pale-green with a golden circle around each pupil. Standing by her side, he propped himself against the VW.

“Amazing,” he whispered, staring at her. His gaze was intense, and slightly bewildered, as if he were trying to solve a riddle.

Weird much? She shifted on her feet, eyeing the keys on the ground.

“Sorry. You must think I’m a crazy superhero-wannabe.” He shook his head and traced his finger along his open palm. “Your kind is so rare.” His eyes lit up as he smiled. He stooped to pick up the keys and handed them to her.

Breena snatched them and started backing away from the car as nonchalantly as possible.

Guest post on witches, what you love about them!

What I love about witches is more than just the magic…it’s their connection to emotions. To each other. To nature. To something greater then themselves. Witches are more than spells, cauldrons and broomsticks. They are strong-willed girls and women with inner beauty and determination that won’t quit.
Breena Cross is part witch and her abilities are awakened as she tries to protect her foster sister. Her power is heavily tied to her emotional state… So she’s constantly faced with this inner struggle: does her magic control her or does she control her magic? You’ll have to read to find out! (I’m such a tease. lol)
In Witch Way to Turn, my witches are the figurehead of the supernatural community. They form the Witches Council (WC) and are able to blend their government in with the mundanes because of their corporation—Betty Lou Cosmetics.

EXCERPT
She ignored his emotional assault as she locked the door. They walked through the shared backyard, down the hill, and to the stony side of the river. She sat on the biggest rock, closest to the water. He trailed along after her at human speed, choosing a spot next to her on the gray surface.
A strong citrus smell hung in the air, like a bucket of lemon-fresh Pinesol had been dumped out nearby.
“I called the president,” he announced.
“Why?”
“You’re not safe here. I don’t know how to protect you anymore.”
“I don’t need protecting.” She pushed off the rock.
Myles grabbed her arm by the elbow. His touch sent little shockwaves through her body. Breena knew he only wanted to look out for her and Jenny but she needed him to help her understand this, not keep her from it.
“Dammit, Myles.” She tried to pull her arm free.
He released her the moment she started to resist. “Lucinda sent a local crew to clean up at Norma’s.”
“Lucinda?” She sat on the edge of the rock.
“The president.”
“What’s she the president of anyway?”
“The company the witches run. It’s their way of blending in. Keeping their power a secret.”
“Why all the secrecy?”
His eyes seemed to twinkle in the sunlight. It was distracting. “We all have our orders.”
Okay, so the witches must not be at the top of the food chain, even though the WC sounded like a very powerful lot. “Who do the witches take orders from?”
“The Djinn.”
She’d heard of them before. But where? Then she remembered a book she’d read in English class in high school. “Like genies?”
“Sort of.” Standing, he offered her his hand but said nothing more.
Guess this conversation is over.
Still there were plenty of things she wasn’t telling him either, so she couldn’t really complain. For starters, should she tell him about the feeding?

This book has some snap and it grabbed me from the first page. I liked Breena immediately and was sucked in. We meet her first when she is at work, clock watching and worried about her sister. The voice comes across clear, with emotion blaring right through and that is a read worth pursuing. Breena is placed in the all too common situation of worrying about her sister, only the danger lurks at home with her foster mother's abusive boyfriend. When Breena lets loose, she unleashes a power that will drive every supernatural being within miles to her door. Compelling story line...I liked it a lot.

The characters, voice, realistic action, dialogue and the interesting love story really piqued my interest. I wasn't sure who to vote for, but that is part of the fun! If you want a fast paced, action packed supernatural adventure, then you will love this book! 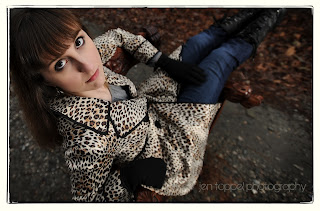 Author Bio:
Karen Y. Bynum is an author of young adult paranormal fantasy.  Her novel Witch Way to Turn is published through Lyrical Press.  She grew up in Hickory, North Carolina where mountains and magic surrounded her.  Even as a child, she wrote her own faery tales and prattled incessantly to her imaginary friends.
After graduating from UNC Charlotte with a Bachelor’s degree in Mass Media Communications, she went on to become certified in culinary arts from The Art Institute of Charlotte.  But it wasn’t until her aerospace engineer husband accepted a job in Virginia and they relocated that she knew what she wanted to be when she grew up.
With the support of family and friends, Karen embarked on a journey with the voices in her head.  They wouldn’t stop talking (yes, she does answer back) and their stories took shape.
Karen currently lives in coastal Virginia and enjoys reading, tweeting, writing and spending time with her husband and their spoiled rotten Vizsla named Rusty.

a Rafflecopter giveaway
Posted by Unknown at 12:00 AM