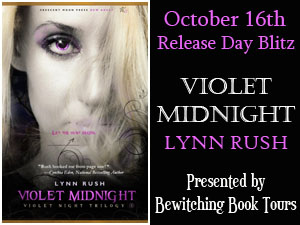 Let the Hunt begin….
Blending in with her college co-eds proves difficult for vampire Hunter, Emma Martin, considering the mystical tattoo on her wrist glows whenever Vamps are near. And after three months of silence, the glow is back with a vengeance.
Jake Cunningham witnesses Emma, a violet-eyed beauty, using unimaginable powers to fight off a fanged creature. Finally, after two years of searching, he may have found out what he’s become—a Hunter, like Emma.
Thankful for an ally in the fight against the Vamps, Emma finds hope and comfort in Jake’s arms. As she learns more about her new love’s family and its dark heritage, she may be forced not only to hunt them but to sacrifice her life to save Jake’s soul.
“Rush hooked me from page one! Fast-paced, gripping, this tale of vampire hunters is full of action and suspense. A great read! Buffy had better watch out…Emma Martin is one hunter to watch!” -Cynthia Eden, National Best-selling Author

***A portion of all proceeds benefits cancer research and awareness***

My good writing friend, and fellow New Adult Author, Victoria Smith, has a few questions for my character, JAKE, from my new release, Violet Midnight. She’s read the book and wanted know a little more “behind the scenes” stuff about this mysterious guy who stole Emma’s heart.

Victoria Smith: So Jake, I think what most of us are just dying to know is what were your first impressions of Emma?
Jake Cunningham: She was an absolute stunner. I saw her across a sea of people at a Frat party. She had such a commanding presence, and I knew right away I had to get to know her. And then when I saw her kicking those Vamps’ assess…I knew she was something special.
VS: If you could visit any place in the world where would it be?
JC: That’s a tough one. Being an orphan and spending most of my young life in group homes, I got to day dream a lot so I have quite a few places I’d like to visit. One would be Grand Cayman Island. The sun, beach, and the white sands…I just want to lay there and not do anything but read and relax. Dealing with all these Vamp things here on campus all the time…it gets a little tense pretty often. I wouldn’t mind traveling through Italy and Paris someday, too.
VS: What are three words that would best describe you?
JC: Determined because I was focused on making something for myself despite being an orphan. Loyal because once I’m your friend, I’ll stand beside you through anything. Insecure because of my nomadic upbringing. I’m often worried my situation will change at a moment’s notice.
VS: Say a genie grants you one single wish, what would it be and why?
JC: That I could have a normal life with Emma. With Vamps lurking…that’s unlikely, but a Genie can trump a Vamp right?
~~~

Thanks, Victoria and Jake! I’m the author of the story and even I didn’t know Jake wanted to visit Italy or Paris some day.
I might have to write that into the story somehow, huh?
Thanks, everyone, for celebrating the release of Violet Midnight with me. 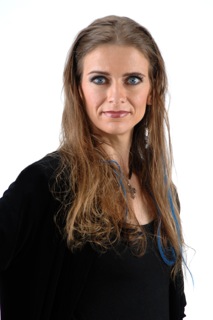 Driven to write, Lynn Rush often sees her characters by closing her eyes watching their story unfold in her mind. Lynn Rush is a pen name that is a combination of two sources – Lynn, the first name of her mother-in-law, who passed away and Rush – since the author is a former inline speed skater and mountain biker. All of Rush’s books are dedicated to Lynn, her namesake, and a portion of the proceeds benefits cancer research and awareness.
Rush holds a degree in psychology from Southwest Minnesota State University and a master's degree from the University of Iowa. Originally from Minneapolis, Rush currently enjoys living in the Arizona sunshine by road biking nearly 100 miles per week with her husband of 16 years and jogging with her two loveable Shetland Sheep dogs.


a Rafflecopter giveaway
Posted by Unknown at 4:30 AM