Some books I can't wait to read... 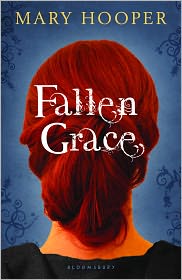 Grace Parkes has just had to do a terrible thing. Having given birth to an illegitimate child, she has travelled to the famed Brookwood Cemetery to place her small infant's body in a rich lady's coffin. Following the advice of a kindly midwife, this is the only way that Grace can think of to give something at least to the little baby who died at birth, and to avoid the ignominy of a pauper's grave. Distraught and weeping, Grace meets two people at the cemetery: Mrs Emmeline Unwin and Mr James Solent. These two characters will have a profound affect upon Grace's life. But Grace doesn't know that yet. For now, she has to suppress her grief and get on with the business of living: scraping together enough pennies selling watercress for rent and food; looking after her older sister, who is incapable of caring for herself; thwarting the manipulative and conscience-free Unwin family, who are as capable of running a lucrative funeral business as they are of defrauding a young woman of her fortune. A stunning evocation of life in Victorian London, with vivid and accurate depictions, ranging from the deprivation that the truly poor suffered to the unthinking luxuries enjoyed by the rich: all bound up with a pacy and thrilling plot, as Grace races to unravel the fraud about to be perpetrated against her and her sister.(Goodreads)
This book looks like it will be a stunning view of life in the Victorian age. 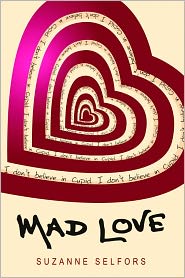 When you're the daughter of the bestselling Queen of Romance, life should be pretty good. But 16-year-old Alice Amorous has been living a lie ever since her mother was secretly hospitalized for mental illness. After putting on a brave front for months, time is running out. The next book is overdue, and the Queen can't write it. Alice needs a story for her mother—and she needs one fast.
That's when she meets Errol, a strange boy who claims to be Cupid, who insists that Alice write about the greatest love story in history: his tragic relationship with Psyche. As Alice begins to hear Errol's voice in her head and see things she can't explain, she must face the truth—that she's either inherited her mother's madness, or Errol is for real. (Goodreads)

An excellent looking read for Valentine's Day!
Posted by Unknown at 5:29 PM