After the Happily Ever After: Dana Wright with Rainbow Slide 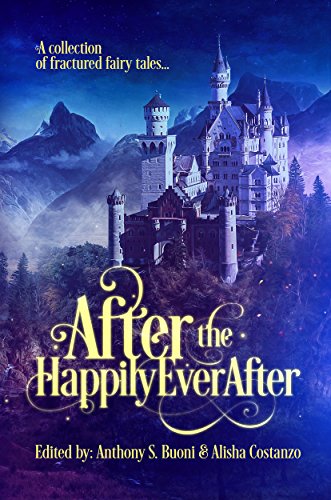 The happily ever after is never the end. The curtain doesn't fall once love is recognized or evil is vanquished.  Credits don't roll once the giant is slain or the big bad wolf is boiled alive.  Wicked stepsisters, malevolent rulers, and hideous creatures still have lives after their sinister roles play out; heroes, lovers, and dreamers often find their victories lead to more troubles.

Within these pages are more than seventy continuations, retellings, and eldritch stories that explore the dark forests, magical castles, and gruesome monsters After the Happily Ever After.

Alisha Costanzo is from a Syracuse suburb. She earned her MFA in creative writing from the University of Central Oklahoma, where she currently teaches English. She’s the author of BLOOD PHOENIX: REBIRTH, BLOOD PHOENIX: CLAIMED, and LOVING RED, and is co-editor of DISTORTED and UNDERWATER. IMPRINTED, her new novel, is undergoing serious edits for its 2017 release. In the meantime, she will continue to corrupt young minds, rant about the government, and daydream about her all around nasty creatures.
Having relocated from Northwest Florida’s lonesome roads and haunted swamps, Anthony S. Buoni now prowls the gas lamp lit streets of New Orleans, playing moonlight hide and seek in the Crescent City’s above ground cemeteries. Anthony is the author of Conversation Party, Bad Apple Bolero, as well as the editor to the Between There anthologies.  His stories and articles have been featured in North Florida Noir and Waterfront Living. When not prowling, Anthony keeps it scary, writing dark fiction, editing, and watching horror movies.  In his spare time, he DJs, plays music, and conjures other worldly creatures with tarot cards and dreams. 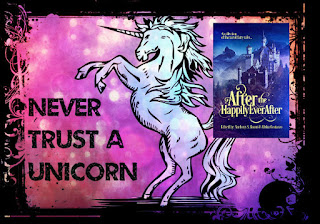 From Rainbow Slide by Dana Wright

“How late are your parents going to be out?” Jared said in my ear as his hand groped toward the edge  of my shirt. I wiggled away and reached for the TV remote.
“They should be home in about an hour, why?” I shoved the bowl of popcorn from the coffee table at him and moved over on the couch. Flipping channels until it hit a horror movie, I settled back against an overstuffed pillow and tried to tamp my growing irritation. Weeks to arrange this date, and everything was going wrong. Everything.
“Jared, can we please just watch the movie?” I growled.
His lips curved upward. “Why? Am I rushing you?”
Yes.
I scooted further down, annoyed at his assumption. He was supposed to be different.
“What did you expect? That I’d fling myself at you the moment my kid brother went to sleep?”
Asshat.
A creeper-tastic smile crossed over Jared's face.
What had possessed me to even consider this guy as date material?
He was a football jersey with tentacles and more notches in his belt than I could count. I wasn’t about to become one of them. I should have listened to Cindy when he left her stranded without a shoe at the dance last year, but after my long, mono-induced slumber, I wanted some date night action.
Desperate? Maybe.
But this wasn't what I had in mind.
“Aurora. I can't sleep. They're outside again.” Christopher stumbled into the living room, bleary eyed from sleep, clutching his well-worn bear.
I had no trouble falling asleep at the drop of a hat, but my brother could hear a roach poop on the other side of the house and bolt wide awake.
The Grim Wood was right outside our back door. Without looking, I bet he'd forgotten to put the iron lock on the back gate. Fairy tales were great until they crept into your back yard and ate the family pet. Damned unicorns.
I closed my eyes, my lips pressing together in frustration. He had been listening in on my date.
Again.

Teasers from the editors:

From “The Twenty-Seven Club” by Anthony S. Buoni:

David didn’t like their new company. Something sinister hung about Dick, and the pimp brought out an unsettling darkness in Jim. “Hey, Morrison, want to hit another watering hole?”

Jim tossed a few wadded bills on the bar and stood. “Yeah, man. I—”

“Wait a second, fellows.” Dick placed a hand on Jim’s shoulder, pushing him back down on the barstool. “I’ve got more than whores tonight.”

Jim pushed the vodka bottle away. “Tell the Count that I came to Paris to reconnect with my muse, not to be hustled by some two-bit pimp in a flashy jacket.”

“Pfft. Screw Jean de Breteuil.” Dick leaned closer. “I got the hook up. A little horse to get your junkie girlfriend wet, and something I picked up from the underground for you, a trinket associated with the occult.”

David cringed. Growing up in a religious household and receiving piano lessons for thirteen years from a nun had drilled a deep respect for God into him. He wasn’t a perfect Christian by any means, but messing around with voodoo or devil worship was another matter, something more taboo than abusing the body with intoxicants or casual relations.

Consorting with evil meant risking your soul, and David wanted no part in that.

Dick leaned close. “You believe in magic, don’t ya, Jim?”

“Don’t give me that shit. Everybody knows about you and that New York witch. She’s been telling the world that she’s your wife, that you two got married in a pagan ritual and drank each other’s blood. Did you knock that spooky bitch up, man?”

“Quit jerking me off.” Jim yawned. “Let’s see what you’re packing. Whip it out.”

“Isn’t that what got you in trouble in Florida?” Dick slapped Jim’s back. “Just kidding. Don’t give me that look. No, this particular object isn’t for any of these people to see. All the normals in here couldn’t handle it, ya know what I mean? Let’s take this to a proper office where we can do business like gentlemen.”

From “She of Silken Scarves” by Alisha Costanzo:

The package turned out to be a mirror, a comm with an impossible encryption code. Every password, every reiteration of the step-mother’s motto, and no success. I had a few pieces of tech in my tea room, hidden in my trinkets.

A heavy gaze weighed on my shoulders, touching the curls falling across my neck. I closed the case and hid it in the folds of a book before I stretched. Untucked corners, my scarves loosened around my waist.

Not many come to the depths of the bookcases.

On my feet, I met the strike of a sly henchman, whipping a silk end to slap him. The other end came loose, and I wrapped him around the center, spinning him across a table and into a set of arm chairs.

A broad man, too broad to be a high-level spy. The slender ones maintained their stealth. Many of us had tricks and tools, too.

The henchman grew twice his size.

Silk wrapped in my fists, I dove onto the table for leverage and hurled myself around his neck. Shoes hammering the thing’s chest, I barely missed the knob of flesh hanging there. A toe. I twisted the scarves tight and rode him into a short stack of books. A slap sent a shock through the silk, frying the troll and flailing his limbs.

We tumbled the wrong way, and I rolled out from beneath him, trapping my scarves under his body weight.

The door on the north corner opened and closed with a snap.

I hustled around the stacks, tucking and pinning my dress back in order, and met my husband in the open floor of this wing.

“My love, you’re flush. What on Earth have you been reading?” His smile blinded me, dazzled me. So many times, I’ve wondered if he had it enchanted. A smile like that couldn’t be natural.

“How will I keep it a secret if I tell you?” I let my breath exaggerate to draw his eye. It worked.

Two fingers to his chest, I tip-toed him back into a chair, following across his lap.

“Did you know that others rarely come this way?” I leaned in to nibble on his ear, drawing a smaller scarf from my bodice to run across his skin.

His hands found the openings to my dress with practice. We fit together so well, and he liked my sneaky wild side and the scarves. Henry wasn’t ever anything but princely, even as we grasped each other and he came for me.

Satiated, he was easy to distract and send off to his duties, learning to be king.

And I cleaned up the troll.

Dana Wright has always had a fascination with things that go bump in the night. She is often found playing at local bookstores, trying not to maim herself with crochet hooks or knitting needles, watching monster movies with her husband and furry kids or blogging about books. More commonly, she is chained to her computers, writing like a woman possessed. She writes under several pen names and is currently working on several children's stories, young adult fiction, romantic suspense, short stories and is trying her hand at poetry. She is the author of Asylum, The Invitation and Texas Twister.   She is a contributing author to Ghost Sniffers, Inc.: The Haunting of Zephyr Zoo, Siren’s Call E-zine in their “Women in Horror” issue in February 2013 and "Revenge" in October 2013, a contributing author to Potatoes!, Fossil Lake, Of Dragons and Magic: Tales of the Lost Worlds, Undead in Pictures, Potnia, Shadows and Light, Dark Corners, After the Happily Ever After, Wonderstruck, Masked Hearts, Shifters: A Charity Anthology, Dead Harvest, Monster Diaries, Holiday Horrors and the Roms, Bombs and Zoms Anthology. Dana has also reviewed music for Muzikreviews.com, Write a Music Review and New Age Music Reviews specializing in New Age and alternative music and has been a contributing writer to Eternal Haunted Summer, Massacre Magazine, Metaphor Magazine, The Were Traveler October 2013 edition: The Little Magazine of Magnificent Monsters, the December 2013 issue The Day the Zombies Ruled the Earth and others. She is a member of the Horror Writer's Association, Romance Writers of America and has been a presenter at Houston SCBWI.

Email ThisBlogThis!Share to TwitterShare to FacebookShare to Pinterest
Labels: After the Happily Ever After