A Night Without Stars Book Blitz and Giveaway @jillianwrites 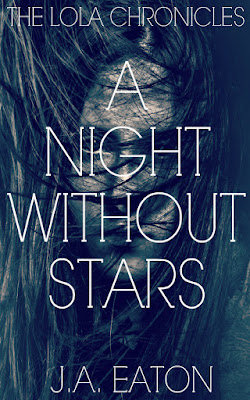 A Night Without Stars
by Jillian Eaton
Genre: YA Paranormal

You might know vampires...but you don't know Lola.
Sixteen-year-old Lola Sanchez is no hero. Snarky, rebellious, and completely fed up with her life, she has one goal: graduate high school and get the hell out of her small hometown. Until a night of terror and bloodshed changes everything...forever.
Now the only thing Lola wants to do is survive. But how can she survive when everything she knows has been destroyed and the one person she thought she could trust ends up being the most dangerous person of all?
Please Note: 'A Night Without Stars' was previously published as a novella entitled 'Pitch' in 2012. It is now a full length novel. All reviews prior to 01/21/14 are for 'Pitch'.

“Maximus!” I cried out his name as he stepped into view. His face was obscured by shadow, but there was no mistaking him for anyone else. He still wore all black. His hair was disheveled, one dark curl hung low over his left eye. He crossed the street with long, languid strides and stepped up over the curb, never taking his intense gaze off the drinker who held me captive. I could have wept when I saw the gun in his hand. “Maximus, he’s going to—”
“Shut up,” he said without sparing me a glance.
My hand was wrenched off the lamppost. The drinker twisted me around until my back was pressed hard against his chest. I could feel his breath against my ear and the smell of it was sickeningly sweet. He curled one arm around my ribcage. The other encircled my throat. Oh God, I thought, he’s using me like one of those human shields in the movies. The ones who always get shot by the good guy trying to get the bad guy. I’m toast.
“I believe I told you to let her go.” Maximus’ voice was impossibly soft, and yet every word was crystal clear and all the more ominous because of it. He took a step forward. The drinker snapped his teeth an inch from my cheek and dragged me back.
“Finders keepers,” he whined in a high-pitched voice that instantly set my teeth on edge. “I found her first. I want her. She belongs to me.”
“I don’t belong to anyone, asshole.”
“The girl belongs to Angelique,” Maximus said calmly, still refusing to look at me. “You know the rules.”
There wasn’t going to be any of me left if the drinker didn’t stop choking the life out of me. With every word Maximus spoke his grip around my throat tightened until I was gasping for air. Like a TV stuck between channels my vision went fuzzy and began to gray at the edges. My legs kicked out feebly, striking at nothing.
“You’re killing her!” Maximus didn’t sound so calm now.
The drinker’s grip loosened a fraction of an inch. I sagged forward, wheezing and sputtering. My hair fell in front of my face in a thick tangle of black. Maximus and the drinker continued to talk in low, muted tones but I’d stopped listening. Neither one was saying anything I wanted to hear.
Squinting through the snarled ends of my hair I stared hard at the lamppost. It twisted up from the sidewalk two feet in front of my face, a modern work of architecture rendered useless by the lack of electricity.
The idea came to me suddenly, as all great (and ridiculously crazy) ideas do. If it worked it would give Maximus one open shot where I could only pray he wouldn’t hit me by mistake. If it didn’t work I would most likely end up with a broken neck. Not great odds, but what else was I supposed to do? Wait for Prince Charming to come rescue me?
I just wasn’t that kind of girl. 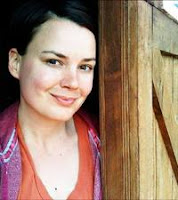 I guess this is where I get to tell you all about myself! So here goes. My name is Jillian Eaton, I'm 29, a Leo, huge animal lover, Supernatural fan (Go Team Dean!), and coffee addict. I grew up in Maine and now live in Pennsylvania in a one hundred year old house I bought with my boyfriend a little over a year ago. Together we have three dogs, two horses, and a very fun, crazy, chaotic life.

For as long as I can remember I have loved to read, and as soon as I figured out how to hold a pencil that love of reading turned into a love of writing. I self-published my first historical romance in 2012. Since then I have published thirteen novellas and six novels. While I primarily write historical romance, I've enjoyed dabbling in paranormal young-adult and contemporary women's fiction.

In addition to writing, I teach two riding classes at Delaware Valley University (my alma mater) and train horses at a small private farm that I used to manage before I left to become a full-time writer!

When I'm not working, you'll most likely find me taking my dogs for a walk, fussing over my goofy thoroughbred, looking up house projects on pinterest, binging on Netflix, gardening, or attempting to cook (attempting being the key word).
Author Links:

GIVEAWAY:
a Rafflecopter giveaway
Posted by Unknown at 6:00 AM

Email ThisBlogThis!Share to TwitterShare to FacebookShare to Pinterest
Labels: @jillianwrites, A Night Without Stars, Jillian Eaton, YA Bound Book Tours