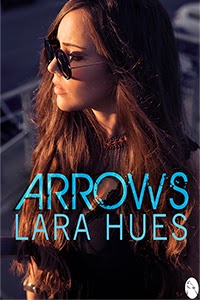 Greetings fellow YA readers! Welcome back to another Lycaon Monday! Today we have with us the amazing Lara Hues who is dishing on all things writing and secret cookie love. Take it away Lara!


1.  I write because…
I have to get characters and stories out of my brain. If I don’t write, I don’t sleep.
2. If I were your favorite cookie, what would I be?
My favorite cookie is white chocolate chip macadamia nut.
3. Plotter or pantster?
Depends on the book. ARROWS mostly wrote itself from events in my own life.
4. What is your favorite type of character to write about and why?
Probably young adults, usually women, who experience a paradigm shift and start acting rather than being acted upon.
5. Hamburgers or sushi?
Hamburgers. But I’m more prone to order a chicken sandwich than a burger.
6. Name three things on your desk.
Desk? What desk? I type on my laptop on the couch or in bed. Three things on my living room floor: diaper bag, wooden beaded bracelet, Risk.
7. What books have influenced your writing style?
Along with most of the literate world, I loved reading Harry Potter and getting lost in the world that J.K. Rowling created. When an author creates a world and story, you can forget your own stresses and fears and worries and focus on the story. I dream of the day I can write with such detail and emotion as she does.
8. Tell us a little about your book.
I got the idea for Arrows while I was attending college in Hawaii and facing the challenges inherent in dating life. In Arrows, Emalie struggles to find real, sincere love because all the men who ever see her eyes fall in love with her. I think most people, girls and women especially, struggle with the similar dilemma of wondering how much of their romantic relationships are based on physical traits or emotional ones.
9. What advice do you have for new and aspiring authors?
Your first book will probably not be that great. My first two were terrible and after years of writing and re-writing and editing, I finally decided to let them be and move on. Then I wrote a new book and realized that my writing was way better. If you are a new and/or aspiring writer, just write. Read and write and if something isn’t great, move on. If I’d been persistently stuck on my first book, I may have eventually found someone to publish it, but I’m glad I didn’t because now that I’m a much better writer, I’d be embarrassed by it.
10. What is next on your writerly horizon?
I’m editing a shape-shifer story, proofing a YA science fiction, waiting to hear back from an agent on an adult thriller, and about 10K words from finishing my first historical fiction.
Top five favorite books/series: Harry Potter series, His Dark Materials trilogy, Wind on Fire trilogy, Sabriel, and The Two Princesses of Bamarre.

Blurb:
Much like a Greek siren with the curse of broken-hearted suitors scattered throughout her past, Emalie goes away to college hoping to leave her old habits behind and find real love.  To her immense displeasure, her habitual wearing of sunglasses as a means to protect potential ‘prey’ of her powers proves to be ineffective.   Almost immediately, a boy named Quincy sees her blue, beautiful eyes, and as though they are Cupid’s arrows, he is struck with love.  His reaction is much less overbearing than previous ‘victims’ of her eyes and this makes her genuinely like him.
Only a few hours later however, an older college boy (Tony) kidnaps her for a game with some friends and she must use her eyes to escape the dangerous encounter. The downside to the escape: Tony falls in love with her. Struggling against her feelings of vulnerability and the belief that she is a victim of circumstance unable to influence the plot of her life, she must make a choice. She can either continue a life of captive, possessive love with Tony or take a leap, risk her secrets, and pursue her goal of finding love unsolicited by her cursed eyes.

Excerpt:
"Take me back now!" I shouted. There was no one in the restaurant to see the scene that was happening. The pocketknife was still within my reach. My fingers were sweaty as I flipped open the blade only to find that there was no blade. It was another trick. My hands were slippery and shaky as I dropped the useless knife on the ground. Anthony watched the whole thing, rolling his eyes and snickering.
"I'll take you back when I want to," Anthony said and suddenly his face was not so jovial. "Now sit down. No one leaves till I say they do. I'm in charge; not you."
The waitress brought the food over and began passing it out, no change from her previous behavior. It seemed she had seen physical disagreements in this restaurant before.
"If you don't take me back right now I will call the police." I pulled out my phone.
Their laughter and chatter hit my ears loudly and my breathing got heavy.
"Lucas," Anthony said, gesturing to my phone. Quickly and roughly, Lucas tore the phone from my hand right in front of the waitress and shoved it into his deep pockets. He grabbed my face and kissed my cheek aggressively.
"Don't!" I protested.
"No," Lucas said, breathing hot spicy breath into my face. "You don't."
"Anthony," I said, making my voice sweet. "Tony." I was taking a big risk. There was no way of knowing what Anthony's reaction would be. Things were getting bad fast and I would do anything to get out of there.
"What?" His voice was heavy with irritation as he wheeled around to face me.
I took off my sunglasses in one swift motion.
Anthony dropped to his knees at my feet and began to cry. "Em, my sweet Em. I have upset you. How could I have done this?"
I put the glasses back on. It was that simple. It was always that simple. That's what made real love—real, unsolicited love—so impossible for me to find. 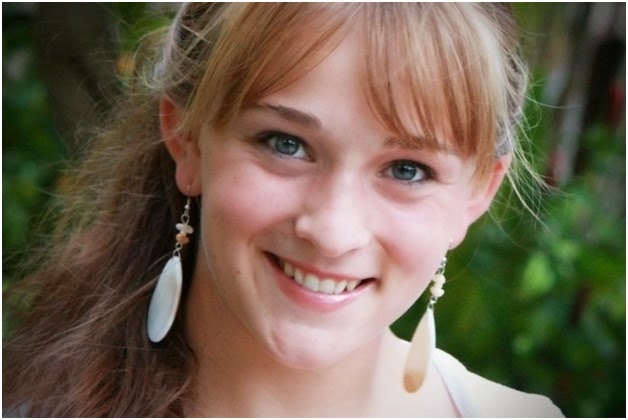 To state the glaringly obvious, Lara Hues like to write, however, she doesn’t like writing about herself. Maybe that's because it's strictly non-fiction, which isn't so much her cup of tea. That being said, a cup of tea isn't really her cup of tea. She prefer hot chocolate or lemonade. Sure, aspects of her character and details from her own life find their way into the pages of her stories, but that's only natural since she’s the author.
Her first young adult book CERKEL was a semi-finalist in the Amazon breakthrough novel contest when she was eighteen. Since then, she’s tackled a handful of other projects ranging from adult thrillers about kidnappers to middle grade stories of mermaids.  ARROWS is her first published work of what she hopes to be many.
Lara was born in Utah, moved to Massachusetts for middle and high school, and attended college in Hawaii where she graduated with a degree in Cultural Anthropology and received a TESOL (Teaching English to Speakers of Other Languages) certificate. She can’t for the life of her figure out why she didn’t just study creative writing since she’s been doing it since she was fourteen and it’s a passion that’s stuck with her through the years.
Her character flaws, which double as her greatest strengths, are audacious honesty and child-like optimism. Lara owns a small jewelry business named Zaria’s Box, where she is the designer and creator. She enjoys learning languages and knows at least one phrase in over sixty languages. She is deeply religious and doesn’t believe in being bored.
The month after Lara’s college graduation she married a devilishly handsome West Point Graduate and officer in the US Army.  She is the mother of two breathtakingly gorgeous little girls and the four of them travel the world together. She’s lived in Arizona, Kentucky, Utah, Idaho, Massachusetts, and Hawaii.