It’s tough being a faery in New Orleans, a city fraught with vampires… especially when their very existence drains your life-force.

Willow Rhoswen, owner of The Fated Cupcake and part-time vampire hunter for the Void is having a rough week. Four years after her twin brother’s mysterious death, Willow’s life is threatened and the director saddles her with a new partner—her ex-boyfriend, David. To her horror, he’s turned vamp, which causes her physical pain whenever she touches him… and any other specimen of the undead.

In order to save Willow’s life, David agrees to turn double agent against the most powerful vampire organization in New Orleans. Or so he says. And she’s convinced they know something about her brother’s death. Unsure where David’s loyalties lie, she turns to Talisen, her childhood crush, to help her solve the mystery.

Caught between two gorgeous men and a director who’ll stop at nothing to control Willow’s gifts, she’ll have to follow her instincts and learn who to trust.

Otherwise, she risks losing more than just her life. 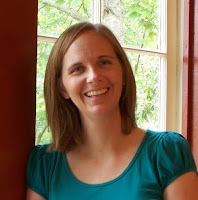 Deanna is a native Californian, transplanted to the slower paced lifestyle of southeastern Louisiana.

When she isn't writing, she is often goofing off with her husband in New Orleans, playing with her two shih tzu dogs, making glass beads, or out hocking her wares at various bead shows across the country.

For more information and updates on newest releases visit her website at www.deannachase.com

Newsletter: http://ymlp.com/xgmsbhuygmgb
Posted by Unknown at 2:30 AM