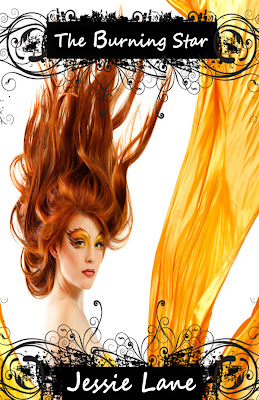 Can she reach her destiny before tragedy strikes?


The doctors have told Kay that she will die before she reaches her eighteenth birthday. Her mother’s determination to save her life leads them to a move outside of Asheville, NC to a new set of cancer specialists in the hopes to help her. But it’s not what Kay and her Mom find in the doctor’s offices in Asheville that lead them on the journey to save her before time runs out. It’s what Kay finds in the woods outside of Asheville, and an inhumanly gorgeous guy named Ryan, instead.


Myths and fairy tales come to life before Kay’s eyes, bringing her closer to the ultimate cure if she can stay alive long enough to get there. And if the cancer doesn’t kill her before she finds the cure the secrets her mother has hidden from her may be the beginning of the end.


1. In your book, The Burning Star, you write about a teenage who is diagnosed with cancer. Have you been touched by this disease in real life?

Crystal: A few years ago I had to have a spot removed from my skin because otherwise the doctors said it would turn into Melanoma. I was 21 when that happened so it totally freaked me out because I felt like I was too young for anything to happen. Now I have to be diligent about my skin and sunscreen. Also recently my father was diagnosed and successfully treated for thyroid cancer. So yes cancer is something that has impacted my family but I’m glad to say so far we’ve been very fortunate about it.

Melissa: Not the exact kind of cancer that Kay is dealing with herself. However there is something in my life that could lead down that path. So understanding her fears, yes I can totally relate to that.

2. Mythology and fairytales also play a role in your book. What are some of your favorites?

Crystal: I LOVE fairytales and myths. Myths more than fairytales though. Really big fan of Greek and Irish mythology. I love the stories about banshees, kelpies and fairies.

Melissa: I am definitely an ancient Egyptian mythology nerd. I also love the idea of werewolves, nephilim, and some vampires.

3. When did you first know you wanted to be a writer?

Crystal: When I was a teenager. Writing was an outlet for me during difficult times. Although I kind of considered it a dream job like others might consider playing professional football. So pursuing this dream is still very surreal for me.

Melissa: I think I was around fifteen. I started writing in a journal with just quotes and lyrics that meant something to me. I still have those actually. My mind is always wondering and asking ‘what if’.

4. Do you have a playlist for Burning Star?

Crystal: Mayday Parade and 30 Seconds to Mars. It’s amazing my cd’s still work because I played them constantly. Especially Mayday Parade. In fact two of their songs called “The Memory” and “The Silence” kind of became anthems for the book to me.

5. What is the funniest scene you ever had to write?

Melissa: It’s actually from a different series we are writing together. I was laying in bed listening to music and a thought about three totally different sisters popped into my head. It’s more of an adult conversation and I actually saw Crystal and myself as two of the characters. Everything these two said to one another is how we talk to each other. It took me about two hours before I could calm down from my laughing fit to call Crystal and tell her about it. I wrote it up in like fifteen minutes and it deals with one sister trying to explain to the other sister of how a certain undergarment is going to help her become a man magnet so she can stop being such a tomboy. While in the middle of the conversation the man who the tomboyish sister is working with happens to wander by while the two sisters are arguing over the usefulness of said undergarment.

6. What are some of your favorite YA authors?

7. What is your current writing project?

At the moment we are simultaneously working on two other books for two different series before we continue writing on the sequel to The Burning Star, which Crystal has already started, called The Frozen Star. We are branching out into the adult paranormal and contemporary romance genres. One book is titled Secret Maneuvers and is the start to our Ex Ops series about a black ops type group secretly run by the CIA with very alpha like heroes and the woman that love them. (Or want to strangle them depending on the situation) The other novel is titled Big Bad Bite and is the start of the Big Bad Bite series starring all kinds of fun supernatural characters and their crazy love lives. The Frozen Star is what Crystal works on when she needs a break from the other two books but she has every intention of finishing it within a year or so.

This story is original and brings elements of the supernatural and fae worlds into a story line that just keeps getting better and better. It is a great summer read that will have you turning the pages pretty quickly. The world building, character development, dialogue and plot are well done. The characters you really begin to care about, especially Kay. The desire to feel normal is such a universal teen theme, and it really fits in this case, as Kay is anything but normal.

Reading as much as I do, small things can distract me. This book has some grammar and spelling issues that need to be tweaked and in the first sentence, it goes from third person to first.

Once you get over the grammar, spelling and POV issues that a little more editing could have taken care of, this book is a great read for fans of the fae and paranormal. If you like True Blood, you will love this! The twists and turns of the plot will grab you and the best part about this is you think you are reading one story and end up with much, much more. Paranormal hunks abound! I looking forward to reading the second installment of this book! 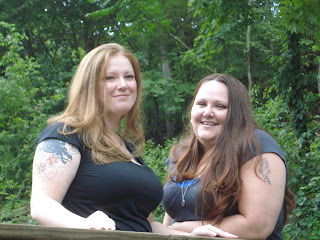 Who is Jessie Lane?
‘Jessie Lane’ is actually the writing team of Crystal Leo and Melissa Pahl. Coming up with our name was just the first in a long line of learning how to work and compromise with another author. Instead of playing rock, paper, scissors, or having a wrestling smack down over what our name should be (which with the two of us are very real possibilities), we both chose some of our favorite female fictional characters and wrote one long list. In the end we both agreed on ‘Jessie Lane’. ‘Jessie’, is Melissa’s favorite female lead character from the movie, Queen of The Damned, and ‘Lane’ after Crystal’s favorite female lead character from Karen Marie Moning’s ‘Fever Series’ with MacKayla ‘Mac’ Lane.

Jessie Lane is the writing team of Crystal Leo and Melissa Pahl. The two sister-in-laws share a great love of breath-taking romance, cliff hanging suspense, and out-of-this-world characters that demand your attention or threaten to slap you around until you do pay attention to them. Because really, it is ALL about the characters. (They’re kind of megalomaniacs)

When not loosing themselves in a story they remember they have real lives. Crystal lives in Kentucky with her husband and two little girls who plot daily the many ways they can drive their poor mother crazy. At the end of the day Crystal then calls Melissa and threatens to ship her two nieces to their favorite Aunt with lots of air holes punched through their box. Melissa answers Crystal’s crazed calls in Washington state where she lives with her husband and big furry baby of a Rottweiler named Yuffie and reminds her that children are not shippable.
This is their first novel but they are all geared up and excited to be releasing other projects soon!