The Eleventh Plague by Jeff Hirsch: The Review 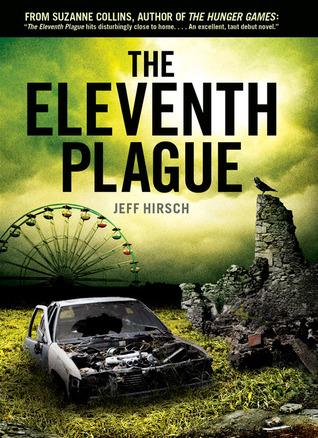 The wars that followed The Collapse nearly destroyed civilization. Now, twenty years later, the world is faced with a choice—rebuild what was or make something new.

Stephen Quinn, a quiet and dutiful fifteen-year-old scavenger, travels Post-Collapse America with his Dad and stern ex-Marine Grandfather. They travel light. They keep to themselves. Nothing ever changes. But when his Grandfather passes suddenly and Stephen and his Dad decide to risk it all to save the lives of two strangers, Stephen's life is turned upside down. With his father terribly injured, Stephen is left alone to make his own choices for the first time.

Stephen’s choices lead him to Settler's Landing, a lost slice of the Pre-Collapse world where he encounters a seemingly benign world of barbecues, baseball games and days spent in a one-room schoolhouse. Distrustful of such tranquility, Stephen quickly falls in with Jenny Tan, the beautiful town outcast. As his relationship with Jenny grows it brings him into violent conflict with the leaders of Settler's Landing who are determined to remake the world they grew up in, no matter what the cost.

This book hits very close to home with many issues that we are being confronted with today. War, disease and the possibility of a future that may not be what any of us intends. Author Jeff Hirsch does a great job making you feel what Stephen is experiencing as he goes through life in America after the plagues have killed almost everyone. (No spoilers here!) When he meets Jenny (still no spoilers) he has to decide whether he will do what he thinks is expected of him, or whether he will grab the future with both hands and hang on.

Not a thing. It had appropriate levels of language, violence and a mild romantic situation.

This book captured the essence of an American future with everything having been destroyed after a virus wipes out civilization. War, plagues, violence and survival are themes here. It is a great book for boys especially, as it is written from a boy's point of view. There is a light flair of romantic interest, but not too much.  Adventure, danger, accountability and what it means to be in a community are also topics that play an important role in the story. A great book for a reluctant reader-this book plays out like a movie.

I enjoyed this book and will keep it in my dystopian favorites section. Hopefully there will be more adventures for Stephen and Jenny in this new America. If you enjoyed The Hunger Games, Maze Runner,Matched or Divergent you will like this book.

Many thanks to the wonderful folks of Scholastic for sending me a copy of this book to review. 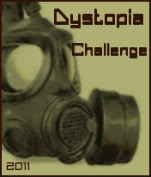